A small plane crashed in a densely populated San Diego suburb Monday, killing at least two people, including a UPS driver. At least two others were injured.

Witnesses described an elderly couple being rescued from one of two homes that were destroyed in Santee, a largely residential suburb of 50,000 people. At least three other homes sustained significant damage.

Several vehicles, including a delivery truck, were also torched.

“Not to be too graphic but it’s a pretty brutal scene,” Justin Matsushita, Santee’s deputy fire chief, said as firefighters searched the smoldering ruins.

Authorities didn’t identify the delivery truck company or say if anyone was inside, but United Parcel Service of America Inc. confirmed one of its workers died. 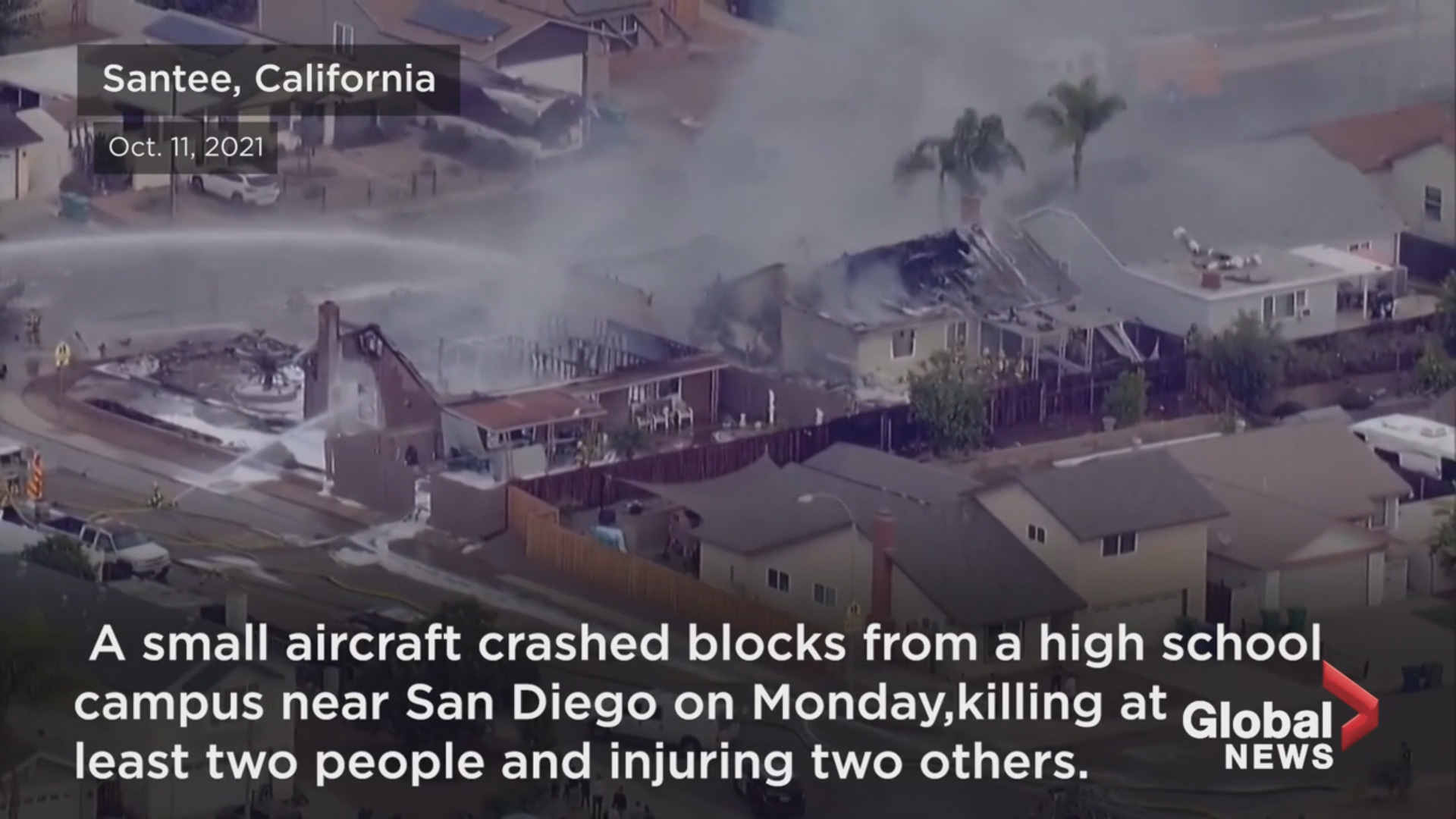 “We are heartbroken by the loss of our employee, and extend our deepest condolences to his family and friends,” the company said. “We also send our condolences for the other individuals who are involved in this incident, and their families and friends.”

The condition of the two injured wasn’t immediately known.

Jim Slaff told NBC 7 in San Diego that neighbors pulled his mother out of a window of her burning home and rescued his stepfather from the backyard. It appears their dog died.

Slaff said neighbors told him the couple was “obviously shaken up but doing OK” and taken to UC San Diego Medical Center. “It’s a war zone. It’s not even a house,” Slaff said after arriving at the scene.

Andrew Pelloth, 30, was working from home when he heard a whirring and then a huge boom.

“My initial thought was that it was a meteorite coming down,” he said. “I could hear it falling and then some kind of explosion.”

Pelloth saw a delivery truck engulfed in flames and his neighbor’s house directly across the street consumed by fire. His neighbor was standing on the sidewalk pleading for help to get her dog that she said had been inside the home. Mangled ruins of vehicles were in the driveway.

The woman and her husband were burned on their arms but were still able to walk and talk, Pelloth said.

No one was home at the other residence that was destroyed, which sold only a month ago. Pelloth said he met the new owner Monday as he arrived to see the damage.

The plane was a twin-engine Cessna C340, according to the Federal Aviation Administration. It wasn’t immediately known where the flight originated or was headed, or how many people were on board. Matsushita said anyone aboard couldn’t have survived.

The crash happened about three blocks from Santana High School in the city of about 50,000 residents. The school said on Twitter that “all students are secure.”

The FAA and the National Transportation Safety Board will investigate.