One person was killed and seven others sustained minor injuries on a Southwest Airlines flight from New York to Dallas when an engine exploded in midair on Tuesday, shattering a window that passengers said partially sucked a woman out of the aircraft.

The explosion, which happened about 20 minutes into the flight, prompted a desperate effort among flight attendants and passengers to save the woman, identified as Jennifer Riordan, a Wells Fargo executive from Albuquerque. After the plane landed, Ms. Riordan was taken to a hospital, where she was pronounced dead.

It was the first time a passenger had died in an accident on a United States airline since 2009, when a commuter plane crashed in New York. The National Transportation Safety Board is investigating the crash. Robert L. Sumwalt, the agency’s chairman, said on Wednesday morning that investigators had found evidence of metal fatigue on the left engine.

Matt Tranchin, 34, who was on the plane, said, “I think, like most passengers, I thought I was going to die.”

The Southwest plane, a two-engine Boeing 737, made an emergency landing at Philadelphia International Airport at about 11:20 a.m. It quickly lost altitude after the explosion and violently depressurized after shrapnel from the explosion burst through the window, said Max Kraidelman, 20, a passenger on the plane, Flight 1380.

Soon after the explosion, Ms. Riordan was partially sucked out, Mr. Kraidelman said.

“The top half of her torso was out the window,” he said. “There was a lot of blood because she was hit by some of the shrapnel coming off the engine after it exploded.”

“They were doing CPR on her and using the defibrillator while we were landing,” Mr. Kraidelman said. “They were working on her while everyone else had their oxygen mask on.”

Mr. Tranchin said that one of the passengers helping had at one point placed his lower back up against the opening in the plane, in an apparent effort to help with the compression. The man did this for the next 20 minutes, Mr. Tranchin said, adding that the man later told him that the pressure at his back had been extreme.

In the meantime, passengers wept and screamed for roughly 10 or 15 minutes, oxygen masks strapped to their faces, Mr. Kraidelman said.

Mr. Tranchin said he spent those precious minutes texting goodbyes to people important in his life.

“It’s a wild experience,” he said. “It’s not a couple minutes of freaking out and frantically saying goodbye; it’s 25 minutes of sustained fear that this was the end.”

“What do you say to your pregnant wife and your parents in your final moments?” he added. “That’s what I was trying to figure out.”

Mr. Tranchin said he wanted his wife to tell his son how important it was to follow his dreams; he wanted to tell her to find love again.

About two minutes before the plane landed, passengers got cellphone reception, so he called his wife and told her they were about to make an emergency landing. 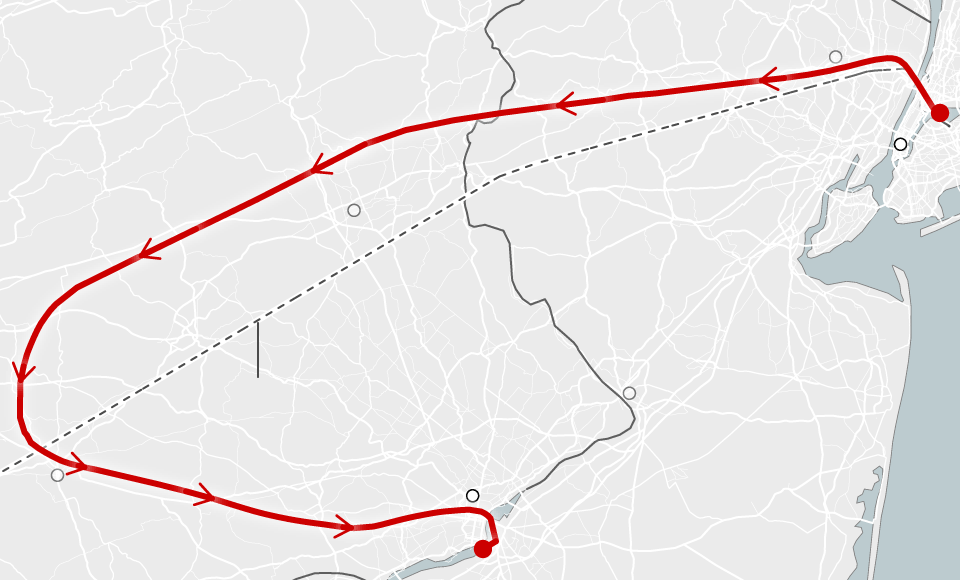 As the craft descended, “it was shaking, it was vibrating, it was tilting to one side,” Mr. Kraidelman said.

“You can see the ground, we’re level,” he continued. “It’s crash landing, but it’s doable.”

That the landing ended up being smooth was “nothing short of extraordinary,” Mr. Tranchin said.

On Wednesday, the National Transportation Safety Board released footage of its investigators peering into the interior and examining the engine, its edges torn and jagged. The lead investigator, Bill English, received the flight data and cockpit voice recorders, which will be downloaded at the agency’s headquarters.

Mr. Sumwalt said there were two pilots on the plane, which sounded multiple automatic alerts after the engine exploded. He said that having listened to the air-traffic control communications from Tuesday, the pair seemed to have done “an excellent job.”

“As a fellow airline pilot,” he said, “my hat’s certainly off to them.” 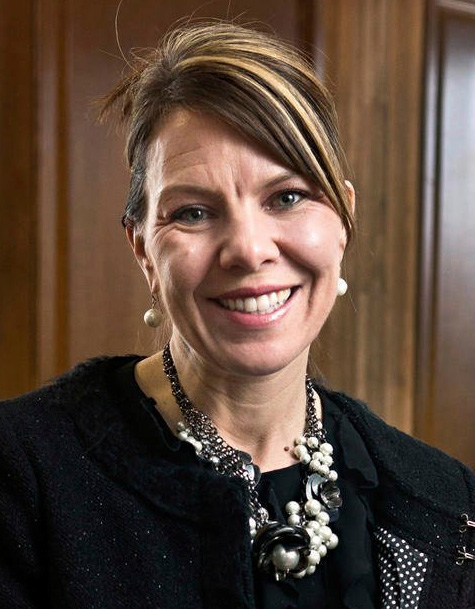 Colleagues and friends of Ms. Riordan said she was a community relations leader with Wells Fargo. They also said she was a wife and mother of two who had been a scholarship winner at the University of New Mexico and had served on a school board.

“Today, Albuquerque lost a thoughtful leader who has long been part of the fabric of our community,” the mayor, Tim Keller, said. “Her leadership and philanthropic efforts made this a better place every day and she will be terribly missed.”

Gary C. Kelly, the chief executive of Southwest Airlines, said in a video posted to YouTube, “This is a sad day, and on behalf of the entire Southwest family I want to extend my deepest sympathies for the family and the loved ones of our deceased customer.”

The flight, which was on its way from La Guardia Airport in New York to Dallas Love Field, had 144 passengers and five Southwest employees on board, the officials said.

The crew initially reported an engine fire, Mr. Sumwalt said. They later clarified that there was no fire, but said that the plane was operating with a single engine — and that parts of it were missing.

Once the plane was on the ground, investigators discovered that a fan blade was missing from the plane’s operating engine. It appeared to have been separated at what Mr. Sumwalt called “the hub.”

“Our preliminary examination of this was that there’s evidence of metal fatigue where the blade separated,” he said.

A similar episode occurred in August 2016 when a Southwest Airlines flight headed to Orlando, Fla., made an emergency landing in Pensacola, Fla., because of engine failure. Part of the left engine separated, damaging a fan blade and sending debris into the body of the Boeing 737, the National Transportation Safety Board found. The gash in the fuselage — a roughly 5 inch by 16 inch hole — did not penetrate the passenger compartment, the agency said.

Mr. Sumwalt said he had spoken with Mr. Kelly, who he said told him that Southwest Airlines would begin “enhanced inspection procedures” on its entire fleet.

“We are taking this event very seriously,” Mr. Sumwalt said. “This should not happen.”